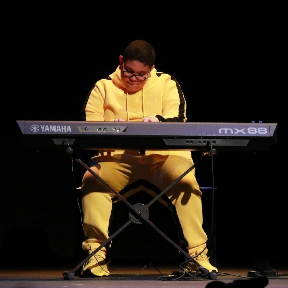 Jason Paumier is an 11-year-old resident of Miami-Dade County, Florida. He began to be interested in music from the early age of 5 years. It was through YouTube that he was impacted by instrumental music, specifically smooth jazz, influenced by Brian Culbertson, Bob James and George Duke. At the age of 6 he attended the "Rivas Music & Video" school to learn to read and write music, he also attended the "Live Music School of North Miami" and at the age of 8 he began to compose his own melodies. He participated in the 2022 Miami Beach Young Music Festival. He competed in YTbigdreams 2022 reaching the final in the original composition category. He has an album titled "Smoothpiano", distributed by CD Baby and registered by BMI. Academically, he has been on the High Honor Roll for 4 consecutive years at Florida Connection Academy.